I will make 20 deviled eggs for the person who can find me this item. Rubbermaid does not sell its products wholesale. They suggest the following stores: Target, K-Mart, Home Depot, Lowes, WalMart, and Blossom True Value in Mountain View. I called several of these places a month ago to no avail.

NOTE: The important characteristics of this container are that it has a lid, can be used both for storage and serving, is flat (as opposed to the Tupperware version, which is 2-tiered and therefore cumbersome) and holds a decent number of eggs (20). I would consider a different container, as long as it has all of the above. And, of course, I’ll pay you back!

Finally, HAPPY BIRTHDAY, CHRISTINE, wherever you are!

Posted in Home | Comments Off on eggxactly right… 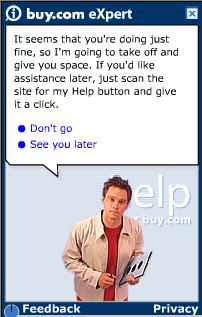 In the category of, ONLY IN CALIFORNIA. Oh, the heartache that could have been prevented if my eXes had been as considerate as this computer “eXpert” and “taken off” to “give me space.”

Posted in Home | Comments Off on dude, where’s my usb hub?

Yet another Birthday Dinner! Ruby made beef stew and tapioca pudding! Mmmmmm. By the way, Ruby is the BEST massage therapist I have ever met. Be sure to e-mail her if you are interested. And stay tuned for the spiffy flash website I’m creating for her. (Sorry guys: she only works on women at this point.) 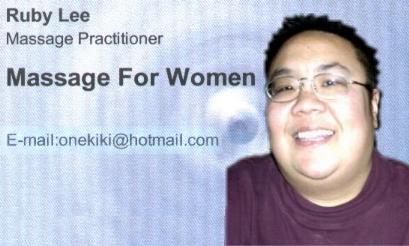 Posted in Home | Comments Off on she’s so handy…

It’s obvious who the second guy is. Can you guess the first person? No, it’s not me with my glasses off this time. It’s Betty Davis Terry, my spectacular mother. Would you believe this photo was taken just last week? I hope I look as good when I hit 72.

Posted in Home | Comments Off on martin and mommy…

i want to ride my bicycle!

Posted in Home | Comments Off on i want to ride my bicycle!

Went to dinner with Mark for our birthdays. His was in December. Isn’t it nice to spread it out over a couple of months? Had a scrumptious meal at Nirvana Noodle House in the Castro, saw his gorgeous “new” apartment (since his roommate moved out), including gold painted walls and new dining room furniture. As Mark likes to say, “It takes a gay man to make something pretty.”

Posted in Home | Comments Off on mark his words…

there’s hope for me after all…

Kim Cattrall of HBO’s Sex and the City is 45. So there.

Aunt Ann’s held a birthday lunch for me. I don’t know where they got the idea I was having a birthday. Don’t they know I just don’t age? In fact, I wasn’t really born, but was imagined by a tattoo artist in some dank shop in Amsterdam a few years ago and just keep being reproduced onto the biceps of lonely sailors. As long as they keep asking for me, I’ll never grow old, and I’ll never die. Anyway, I went along with the party idea just to keep everyone happy, and requested pizza and chocolate cake. Yum! Michael came with me and met all the people I work with. He took the following stellar photos:

After work, I met Michael, his friend, Jeremy, and his former boss, David, for 80s Trivia Night at The Mad Dog In The Fog. We did not win. But we did not drink, either. Nevertheless, much fun and rockin’ good times were had. Plus I got to drive Donna’s car again. 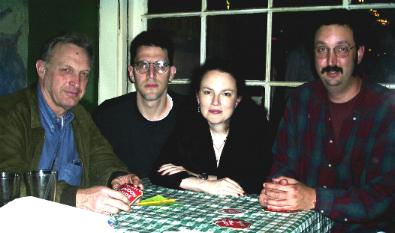 Posted in Home | Comments Off on party party…

Michael took me to The Winchester Mystery House for my birthday. Lots of cool pictures coming soon. 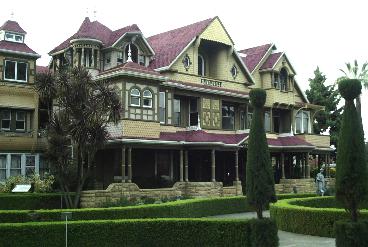 Afterwards, we had lunch at Chevy’s, where I was accosted by a band of crazed waiters, who threw a sombrero on my head, tossed a dessert in front of me, and yelled something that was probably, “Happy Birthday,” but sounded more like, “Run away now! While you still can!”

The best part of the day was that I got to drive Donna’s car! The worst part was turning 37. Something about that is just wrong, I think.

Posted in Home | Comments Off on ay carumba!

2000 was possibly the worst year of my life:

SO… you’ve probably guessed by now… all this is leading up to:

Since last year was so good, I don’t really want all that much to change, so this list will be brief.

1) Pay off my remaining debt completely. In order to do that, I have a few sub-resolutions:

a) Continue to work and not get sick. 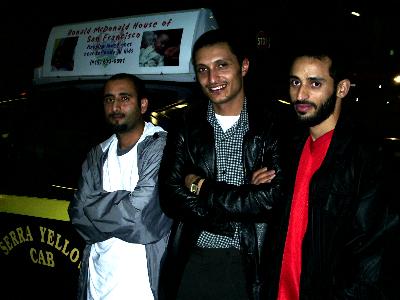 c) Limit the number of restaurant meals I have each month.

d) Sell things I don’t need. For example, right now I am selling a bunch of used CDs and books on Half.com.

2) Continuing the health trend, I want to get in better shape this year. Most of the sub-resolutions for this category were already mentioned in the money category: Riding my bike and walking instead of taking a cab (at least 3 times per week) and eating out less. The only other subs are:

a) Eat a green vegetable at least 3 times per week (I know it’s pathetic, but it’s about 95% better than I’m doing right now.)

3) The one thing didn’t do too well this year was keep up with my friends. So in 2002, I resolve to check in more often, remember birthdays, and just basically spend more time with those who are important to me.

There, I think those are enough resolutions, don’t you? Time for bed. Good night.

Posted in Home | Comments Off on resolved…